In the process of becoming enlightened, the Buddha is said to have recognised all his previous lives. At the same time, he also said that nothing from one life goes on to the next. Quite a paradox really!

Buddhists understand life as samsara, meaning perpetual wandering, and describe the transition like a billiard ball hitting another billiard ball. While nothing physical transfers, the speed and direction of the second ball relate directly to the first. So the term most often used is rebirth, rather than reincarnation. Reincarnation implies the transfer of an essence, or a soul, while rebirth follows the law of causality, or dependent origination, where this arises because of circumstances which happened before.

A primary aim of Buddhism is to break free of the wheel of samsara, and to reach a new level called Nirvana. 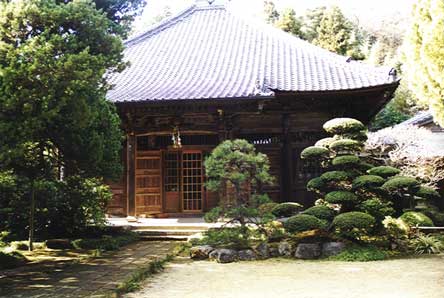 Nirvana is the most misunderstood term in Buddhism.

Those in the West recognise the term as meaning Heaven, or a Heaven on Earth, or perhaps a famous rock band.

The Buddha described Nirvana as the ultimate goal, and he reached that state during his enlightenment. At this point, he chose to teach others so that they might also experience this realisation, and so when he died, forty-five years later, he then passed through pari nirvana, meaning completed nirvana.

Nirvana literally means extinguishing or unbinding. The implication is that it is freedom from what ever binds you, from the burning passion of desire, jealousy, and ignorance. Once these are totally overcome, a state of bliss is achieved, and there is no longer the need the cycle of birth and death. All karmic debts are settled.

The Buddha refused to be drawn on what occurred then, but implied that it was beyond word and without boundaries. Certainly, he saw it in a much different state than our current existence, and not a simple parallel to the process of individual rebirth.