The topic of Dependent Origination sounds complex, and it is one of the most important concepts of the Buddhist teaching. However, in essence, it is quite simple.

The Buddha said that to become enlightened, you need only to understand The Four Noble Truths and Dependent Origination.

Dependent Origination is also called the law of causality and was the other main revelation which came to Buddha at his enlightenment. In this teaching, he says that nothing exists on its own, but always has come from earlier circumstances.

A piece of paper does not come into existence spontaneously. It is made from wood pulp and water. The wood comes from trees, which comes from seeds from earlier trees. If you burn paper, it becomes smoke and ash, so it has not disappeared but transformed. The essential components of that piece of paper were always there, and will always be there. A pot is made because once a potter took clay and formed it on a wheel and then fired the pot. Many circumstances and components were needed for the process.

In the same way, we did not spontaneously come into existence at birth, we are the result of our parents, of the circumstances of their meeting, and of all that happened before. You are alive today because you were once born, as a result of your parents meeting at an earlier time. Every thing is always a consequence of something before, that is, the origin of everything is not unique, it is dependent on a particular set of circumstances having happened.

Dependent origination is similar to cause and effect, and closely links to the Four Noble Truths. Desire causes suffering, one is dependent on the other. Following the path causes desire to reduce and so causes suffering to be reduced.

If you begin to see everything as dependant on everything else, then you will need to look to the larger picture where everything we think and do affects the future. As in the writing of Thich Nhat Hanh "the world is woven of interconnected threads".

In essence, the Buddha did not see a separate and benevolent creator who could act on our behalf. He saw the interdependence of all life and the cause and effect of actions which create their own future.

This is why Buddhism, at its inception, was more of a way of life than a religion. Certainly, now it is accepted as a religion by many followers who seek divine guidance from the Buddha nature. 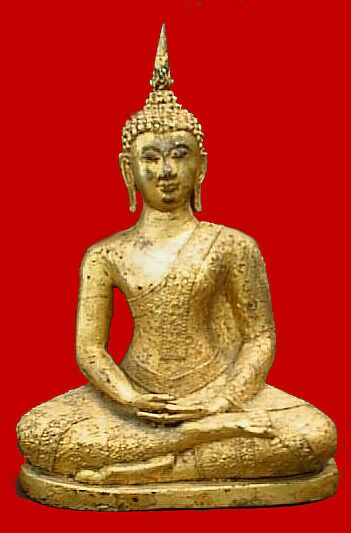